Use of this site indicates acceptance of the Privacy Policy and Terms of Use.
The information on this Website is not reliable and not intended to provide tax, legal, or investment advice. Nothing contained on the Website shall be considered a recommendation, solicitation, or offer to buy or sell a security to any person in any jurisdiction.
CEO.CA members discuss high-risk penny stocks which can lose their entire value. Only risk what you can afford to lose.
© 2022 - CEO.CA Technologies Ltd.
@globenewswire/american-pacific-mining-provides-drilling-update-and ↻
0 online
Today This week
Search Subscribe
Members of @globenewswire/american-pacific-mining-provides-drilling-update-and

Approximately 21 drillholes (~4,000 metres) of reverse circulation (“RC”) drilling has been completed to-date and up to five additional holes will be completed in the coming weeks, including multiple holes to test newly defined vein targets generated from the recently completed CSAMT survey. Additional assay results will be released once received and interpreted.

The CSAMT survey was commissioned to identify sub-surface and hidden silica bodies and quartz vein occurrences throughout the previously untested, newly acquired land package. The survey has identified numerous untested vein occurrences, but two anomalies stand out as very strong quartz responses. Neither of these anomalies has been previously drill-tested in these areas.

“The King’s Vein and the Grand Prize Vein Intersection with the East Pediment Vein system present us with very strong quartz responses. This is exciting from an exploration standpoint since these are the strongest indicators of untested veins within the entire land package. The Grand Prize/East Pediment is covered with a thin gravel veneer and is reminiscent of the South Navajo Vein response, although much stronger,” stated American Pacific President Eric Saderholm. “Our drill plans are currently being adjusted to test these strong anomalies which do not have surface expressions. The Grand Prize Vein has yielded up to 21,032 grams per tonne (“g/t”) gold (“Au”) and 38,820 g/t Au from surface samples. The East Pediment Vein returned a 1.52 metre intercept of 52.37 g/t Au in historic drilling and no drilling has been done at East Pediment since 1998.”

Technical aspects of this press release have been reviewed and approved by Eric Saderholm, P.Geo., the designated Qualified Persons (QP) under National Instrument 43-101.

American Pacific Mining Corp. is a precious metals explorer focused on opportunities in the Western United States. The Company's flagship asset is the high-grade, past-producing Madison Copper-Gold project in Montana, under option to joint venture with Kennecott Exploration Company, a division of the Rio Tinto Group, which the Company acquired in 2020. For this transaction, American Pacific was selected as a finalist in the S&P Global Platts Global Metals Awards, an annual program that recognizes exemplary accomplishments in 16 performance categories, including 'Deal of the Year,' the category in which American Pacific Mining competed. The awards program is hosted by S&P Global Platts, the leading independent provider of information and benchmark prices for the commodities and energy markets. Also in the American Pacific's asset portfolio are the Gooseberry Silver-Gold project and the Tuscarora Gold-Silver project: two high-grade, precious metals projects located in key mining districts of Nevada, USA. The Company’s mission is to grow by the drill bit and by acquisition.

On Behalf of the Board of American Pacific Mining Corp.

The CSE has neither approved nor disapproved the contents of this news release. Neither the CSE nor its Regulation Services Provider (as that term is defined in the policies of the CSE) accepts responsibility for the adequacy or accuracy of this release. 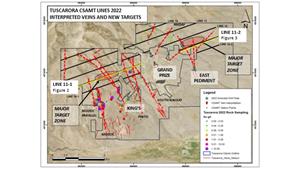 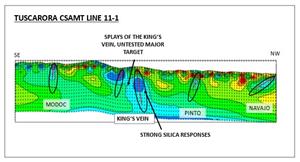 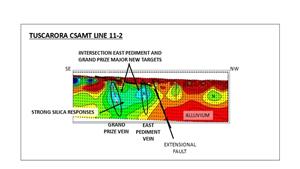