Use of this site indicates acceptance of the Privacy Policy and Terms of Use.
The information on this Website is not reliable and not intended to provide tax, legal, or investment advice. Nothing contained on the Website shall be considered a recommendation, solicitation, or offer to buy or sell a security to any person in any jurisdiction.
CEO.CA members discuss high-risk penny stocks which can lose their entire value. Only risk what you can afford to lose.
© 2022 - CEO.CA Technologies Ltd.
@globenewswire/discovery-reports-exceptional-results-from-its-pre-feasibility ↻
0 online
Today This week
Search Subscribe
Members of @globenewswire/discovery-reports-exceptional-results-from-its-pre-feasibility

TORONTO, Aug. 29, 2022 (GLOBE NEWSWIRE) -- Discovery Silver Corp. (TSX-V: DSV, OTCQX: DSVSF) (“Discovery” or the “Company”) is pleased to announce results from its Pre-Feasibility Study (“PFS”) metallurgical test program on representative samples from its Cordero project (“Cordero” or “the Project”) located in Chihuahua State, Mexico. This program represents the most comprehensive test work completed on Cordero to date. Highlights from the locked-cycle flotation test work include:

Tony Makuch, Interim CEO, states: “Our PFS metallurgical test results demonstrate the exceptional metallurgical properties of our Cordero deposit. Recoveries typically ranged from 85-95% at an extremely coarse grind size of ~210 micron. On average sulphide recoveries came in higher than what was assumed in our PEA and were achieved at significantly reduced reagent consumption highlighting the potential for reduced operating costs for our PFS.

“In addition, our first ever flotation testwork of an oxide-sulphide blend returned very positive results with economic recoveries for oxide mineralization for silver, lead and zinc through flotation. These results allow for the elimination of the heap leach circuit in our PFS; this will streamline the crushing/grinding circuit, reduce upfront capital expenditures and simplify the permitting process.”

Summary: the PFS metallurgical test program was designed to supplement the detailed metallurgical test program completed in 2021 and included the Company’s first ever testing of rock type blends, high-grade samples (+100 g/t AgEq) and oxide-sulphide blends. Test work was also focused on optimizing reagent usage. All test work was completed at a coarse grind size of ~210 micron.

Results from the 14 locked cycle tests are summarized in the table below. Recoveries from these tests were higher than the recoveries assumed in the 2021 PEA and were achieved at lower reagent consumptions. Further details including recoveries broken out by concentrate type and head grade vs recovery plots for both our PEA and PFS metallurgical test programs can be found in the appendices. The testwork was conducted by Blue Coast Research Ltd. (“Blue Coast”), an independent third party, with oversight from Libertas Metallurgy Ltd. (“Libertas”) and Ausenco Engineering Canada Inc. (“Ausenco”).

Rock type blends: four locked cycle tests were completed on a blend of the major rock types at Cordero (volcanic, breccia & sedimentary rocks). The blend ratios were based on the expected proportions of mill feed from different parts of the deposit. Three of the four tests returned higher than expected recoveries confirming the potential for positive synergies through blending of the different rock types. Further testwork will be completed on understanding and quantifying these synergies in more detail as part of the Company’s feasibility study test program.

Oxide-sulphide blends: four locked cycle tests of oxide-sulphide blends (~10% oxides / ~90% sulphides) returned implied average recoveries for oxide mineralization through flotation of approximately 60% for Ag, 40% for Pb and 85% for Zn. These recoveries can most likely be attributed to the presence of sulphide mineralization (galena and sphalerite) in the oxide layer as identified by preliminary mineralogical analysis.

Based on these results the PFS will assume blending of oxides with sulphides in the flotation circuit. This is a very positive development as it will reduce upfront capital expenditures through the complete elimination of the heap leach circuit as well as simplify the process design through reducing the crushing circuit from three stages to a single stage. It is also expected to streamline the permitting process as it eliminates the use of cyanide at the Project.

Saleable concentrate grades for both lead (>40% lead and >1,500 g/t silver) and zinc (>50% zinc) concentrates were readily achieved while the level of penalty elements was low (see table directly below) confirming excellent saleability of both concentrates.

2 Penalty thresholds vary between smelters; the thresholds listed above are representative of common thresholds typically applied on lead and zinc concentrates

The process design for the PFS will incorporate staged expansions. The first phase will incorporate single stage semi-autogenous (“SAG”) milling consisting of a single primary gyratory crusher, single SAG mill and flotation circuit. This configuration is a common design with the advantages of being capital efficient and providing expansion flexibility. The planned throughput rate of this initial phase is expected to be approximately 25,000 tonnes per day (“tpd”).

The second phase of the mill expansion will include the addition of a ball mill and parallel flotation circuit. The planned throughput rate of this expanded phase is expected to be approximately 50,000 tpd.

The proposed process design for the PFS is much simpler and significantly more streamlined in comparison to the process design assumed in the PEA with the elimination of the heap leach circuit and the secondary and tertiary crushing circuits. A proposed flowsheet of the updated process design can be found in Figure D in the appendices.

Discovery’s flagship project is its 100%-owned Cordero project, one of the world’s largest silver deposits. The PEA completed in November 2021 demonstrates that Cordero has the potential to be developed into a highly capital efficient mine that offers the combination of margin, size and scalability. Cordero is located close to infrastructure in a prolific mining belt in Chihuahua State, Mexico. Continued exploration and project development at Cordero is supported by a strong balance sheet with cash of approximately C$60 million.

This news release is not for distribution to United States newswire services or for dissemination in the United States. 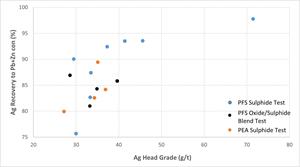 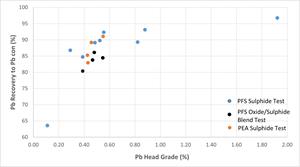 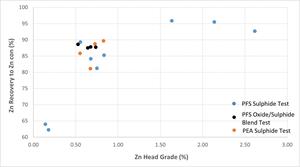 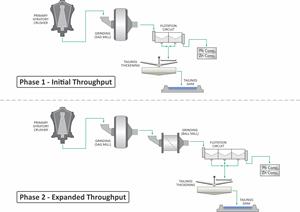