Use of this site indicates acceptance of the Privacy Policy and Terms of Use.
The information on this Website is not reliable and not intended to provide tax, legal, or investment advice. Nothing contained on the Website shall be considered a recommendation, solicitation, or offer to buy or sell a security to any person in any jurisdiction.
CEO.CA members discuss high-risk penny stocks which can lose their entire value. Only risk what you can afford to lose.
© 2022 - CEO.CA Technologies Ltd.
@globenewswire/emerita-reports-latest-drill-results-from-ibw-and-extends ↻
0 online
Today This week
Search Subscribe
Members of @globenewswire/emerita-reports-latest-drill-results-from-ibw-and-extends

by @GlobeNewswire on 4 Aug 2022, 07:00
Emerita Reports Latest Drill Results From IBW and Extends Mineralization 100 Metres to East at Romanera

The drill program to date has been focused on the Romanera and La Infanta deposits. The following table presents the latest results obtained from the La Infanta and Romanera deposits and their extensions. Drilling continues at both sites with one drill continuing at La Infanta and the remaining rigs at Romanera. Since obtaining drill permits for Romanera, the IBW program focus has shifted to delineating the Romanera deposit, which is the largest deposit on the Project

At present, drilling is hampered by the high temperatures being experienced in southern Spain. Due to the high fire index rating and to protect the health and welfare of the drillers with daytime temperatures in the plus forty-degree Celsius range, no drilling is permitted between 2:00-8:00 PM. Drilling continues at night and earlier in the day before temperatures get too high.

Assays have been received for two drill holes at La Romanera (Figure 1).

According to Joaquin Merino, P.Geo., President of Emerita, “Drilling in the core of the La Romanera deposit confirms the presence of two lenses, running parallel and dipping 70-75º to the North. Correlation with historical drilling is very good, however current drilling is showing higher gold and silver grades as was seen in the initial drillholes. There appears to be a zonation in the lower lens based on the initial drilling with higher gold – silver values near the upper contact and higher base metal values toward the lower contact of the lens. Results from additional holes will be required to verify whether this is a deposit-wide feature.   Hole LR007 is an important, result representing at least a 100 meter expansion of the mineralization to the east. In this drill hole, only the lower lens is present and is characterized by higher copper content near the upper contact and richer in zinc at the base of the massive sulphide unit.”

Drilling continues to expand the La Infanta Deposit (Figures 3 and 4). Mineralization has now been shown to extend for at least 1,200 meters along strike and to a depth of approximately 400 meters and remains open in all directions. The mineralization occurs in an extensive, tabular sheet in the North Block which is interpreted to be a faulted continuation of the South Block. The South Block is truncated at approximately 130 meters depth by a thrust fault. Drill hole IN054 has intersected high grades in the North Block similar to those seen in the South Block (details below) and it is possible this is the displaced continuation of the high grade South Block mineralization. Drilling is continuing to evaluate this area on the east side of the deposit.   The significant intercepts highlighted below are located in the eastern, central and western sides of the La Infanta deposit, respectively. The strike length between these holes is 1,200m and depths range between 170 and 350 m below surface. A complete list of recent drill hole results from Infanta are included in Table 1 below.

IN045 intercepted mineralization 220m below surface, in the western part of the deposit, in the North Block. The intercept occurs from 262.2m with 9.1m grading 0.5% copper, 1.6% lead, 2.8% zinc, 0.42 g/t gold, 62.4 g/t silver (including 0.9m grading 2.7% copper, 5.6% lead, 10.7% zinc, 1.31 g/t gold, 400.0 g/t silver). Drillhole IN045 is the westernmost extent of the La Infanta deposit to date, indicating the mineralization continues towards the west.
Joaquin Merino, P.Geo., President of Emerita comments, “The Infanta drilling is outlining a very extensive mineralized zone that continues for at least 1,200 meters along strike and from surface to 350-400 meters deep. The Company plans to tighten the drill spacing, particularly in the areas showing higher grades to provide for completing a NI 43-101 compliant mineral resource estimate. Given the wide extent of the mineralization relative to the historical drilling, we expect a significant increase in the deposit size relative to historical estimates. The likelihood of extending the deposit at depth and along strike remains considerable.”

The scientific and technical information in this news release has been reviewed and approved by Mr. Joaquin Merino, P.Geo, President of the Company and a Qualified Person as defined by NI 43-101 of the Canadian Securities Administrators.

Emerita is a natural resource company engaged in the acquisition, exploration and development of mineral properties in Europe, with a primary focus on exploring in Spain. The Company’s corporate office and technical team are based in Sevilla, Spain with an administrative office in Toronto, Canada. 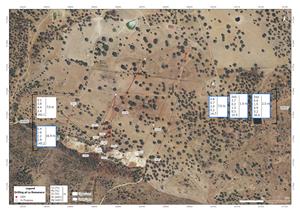 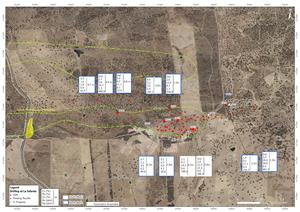