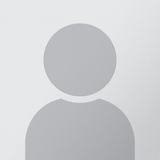 2020 SPC Picks: Bet my book with my three largest holdings by value: REG, NRN and GBR. Hoping for a much better year than 2019.

None of the comments I make should be regarded as offering investment advice, particularly with respect to any commentaries on individual companies following a Metals Investor Forum.

I’m sometimes asked about the tag I use here. It’s basically a reminder to myself about how much I’d lost “investing” in the junior mining sector during what I refer to as my “RecklessThen” phase. It was particularly devastating to be fully invested in juniors, including RRSP, LIRA and RESP funds, during the 2008 crash. I’m reminded of those mistakes every time I look at my portfolio and see the large number of small junk holdings that have been subject to multiple consolidations over time.

I became more active in the sector again in 2016 around the time I joined the CEO.ca community, and told myself that I was going to be much smarter about my choices moving forward.

Recognizing that this sector is ultimately one of continuous learning, here are some of my very expensive learnings that may be useful to some of you, recognizing that I have a high risk tolerance and that it's still difficult to avoid old habits (especially learnings 10-13):

1. Most projects will be unsuccessful. There’s a narrative for every project that causes companies and investors to allocate time and funds to them. There are also more companies and projects out there than you have money. If you don’t have a very good answer about why you should make an investment in a particular project and company, you probably have a better place to put your money.

2. Opportunities are like trains-there’s always another one coming along. There are many active stories in this sector, and there’s always a new hot stock that someone is writing about. The potential for 10 baggers in this sector is such that there’s a huge fear of missing out (FOMO) factor associated with each hot story. Rushing to try to catch every train that is leaving the station based on what you’re reading on a chat board because you’re worried about missing out is often going to take you to the wrong destination. There’s always another attractive story coming along, so we are typically much better served by doing suitable due diligence on the company, its management and the poster before choosing to board a train. This will admittedly see one sometimes missing out, but will also avoid some really big losses.

3. Remind yourself that you’re not as smart as you may think you are. This lesson might also be called “small dogs that run off leash can sometimes get eaten”. There’s a tendency to think that we know more than we do after acquiring a foundation of knowledge about this sector. This is particularly the case in a rising market like the summer of 2016, in which success is sometimes more attributable to having the good fortune to be in the right place at the right time than great stock picking. Thinking that we know more than we do gives a false sense of confidence and often leads to very bad choices. This is particularly the case when considering something that doesn’t have a broad following by newsletter writers, analysts and people whose opinion you respect. Always operate on the assumption that there’s a reason other people aren’t following that story and see if your due diligence gets you past that concern.

4. Pay attention to people who are much smarter than you are. As the sector is inherently high risk, try to improve your odds by learning from other experienced people and seeing what they are saying. Getting a paid subscription to a highly regarded newsletter is one of the best investments you can make in this regard, as this can provide you a menu of choices from which to select based on your own investment criteria and risk tolerance. That being said, the newsletter writers all have some winners and some big losers, so it’s still important to conduct your own due diligence before you invest in any particular recommendation. If you’re disappointed with the overall track record of the recommendations, consider an alternative writer in due course.

5. Location, location, location. The jurisdiction and perceived jurisdictional risk are important to understand. Is it historically a mining friendly jurisdiction? Is there a major potential political change on the horizon? Are there growing concerns about the ability to obtain access due to increased concerns being expressed by local communities and NGOs? Even if the property is in a stable jurisdiction, where is the property located relative to potential infrastructure, such as roads, rail, power, water, people? Even if the project were to be successful in the exploration phase, are the logistics so unfavourable that it is unlikely to be mined without a very large increase in commodity prices? Is there a seasonality issue that will mean that there are long periods of the year in which there will not be any newsflow?

6. It’s about the market cap and share structure, not just the share price. What is the number of outstanding shares? Was there a recent private placement for which the hold period is coming to an end soon? What is the fully diluted share count, and is there an upcoming warrant exercise date that might create some downward pressure on the share price in the near-term? Unfavourable share structures will often lead to share consolidations, which are typically very unpleasant events for existing shareholders.

7. It’s not just the horse, it’s the jockey. It’s critical to look at the management team and the board and advisors. The reality is that people who have been successful before are more likely to be successful again. The risk profile is lowered when dealing with a team that has a history of identifying and advancing good projects and monetizing them in due course for the benefit of shareholders. They also tend to be better at being able to raise money. Strong teams will attract attention for their projects from the investment community, newsletter writers, analysts and retail investors who are loyal to the team. There are also always emerging younger teams who will be the successful teams of tomorrow, and they are often noticed first by industry insiders, which is another reason to subscribe to a highly regarded newsletter. There’s a big red flag if the team is one that has a sustained history of not succeeding.

8. The company needs to tell its story actively AND well. This sector is ultimately a beauty contest. Telling a sound story well is a required core competency of every management team. Choosing to be passive about the company’s story and letting the assets speak for themselves is inexcusable in this competitive market. Telling a good story poorly is just as bad. It is important for potential investors to understand if a company in which they are considering an investment is overly promotional, presents their narrative with reasonable diligence or is relatively passive in that regard. The consequence of a management team not managing that part of their business with suitable care and diligence sees a lower share price and greater dilution over time. Stale corporate presentations, an outdated website and presentations that do not instill confidence in the project and the team are enormous red flags.

9. Take the opportunity to speak with management, preferably face to face. I’ve been going to mining investment shows for many years, with a focus on only the Metals Investor Forum in recent years. I like to watch the presentation to see how well the company rep (preferably the President) tells the story to a room and to see the degree to which I sense passion and confidence in the project. I like to speak with the management attendees at the booth, to ask them questions and to hear them speak about their project by going off the script. Being able to look into the eyes of the key players allows me to get a much better sense of who they are and the degree to which they believe in their own project. Most importantly, it helps me better understand whether I want to bet on this jockey. If I end up watching the video or an interview at home, I am assessing not only what they are saying, but how they are saying it. Are they comfortable and confident telling the story? Are they able to respond well to questions? Is it clear that they believe in their project from the manner in which they speak about it? This is about more than whether I want to invest in the company - it also indicates the likelihood that others will choose to fund them or buy in the market.

10. Never fall in love with a stock. Although there are exceptions in which averaging down is the right thing to do when the price has declined, the odds are that an objective evaluation will dictate that the answer should be sell, hold for now with a vision of potentially selling after an upcoming event (e.g., stock back to a certain level or a project milestone that validates the decision to sell) or hold to reassess again later.

11. Don’t hold too much of one stock. This makes it much more difficult to exit and clouds judgment because of the increased risk of falling in love with that holding. It also greatly increases downside risk.

12. Always hold dry powder. It’s always beneficial to have cash that can be reallocated to new opportunities that emerge. I loved Great Bear when I saw the initial MIF presentation when it was around 50 cents. I still loved it when I saw the January, 2019 presentation when it was about $1.80. But I wasn’t positioned to buy on either occasion. (Fortunately, I was able to pick up a good position on material drops in March and May-whew!!)

13. Don't get too greedy on a winning trade and don't worry about paying just a little more to capture a trade you really want to make that has a lot of upside.

You must be a Pro subscriber to view paper trades.

Use of this site indicates acceptance of the Privacy Policy and Terms of Use.
The information on this Website is not reliable and not intended to provide tax, legal, or investment advice. Nothing contained on the Website shall be considered a recommendation, solicitation, or offer to buy or sell a security to any person in any jurisdiction.
CEO.CA members discuss high-risk penny stocks which can lose their entire value. Only risk what you can afford to lose.
© 2016 - Pacific Website Company Inc.
@cautiousnow ↻
0 online
Today This week
Search Subscribe
Members of @cautiousnow