Use of this site indicates acceptance of the Privacy Policy and Terms of Use.
The information on this Website is not reliable and not intended to provide tax, legal, or investment advice. Nothing contained on the Website shall be considered a recommendation, solicitation, or offer to buy or sell a security to any person in any jurisdiction.
CEO.CA members discuss high-risk penny stocks which can lose their entire value. Only risk what you can afford to lose.
© 2022 - CEO.CA Technologies Ltd.
@globenewswire/aton-announces-new-discovery-at-the-west-garida-prospect ↻
0 online
Today This week
Search Subscribe
Members of @globenewswire/aton-announces-new-discovery-at-the-west-garida-prospect

“We are very excited to be able to announce the discovery of high grade quartz vein associated mineralisation from this new drilling at West Garida,” said Tonno Vahk, Interim CEO. “West Garida is an area that has interested us since we first mapped it in 2017, has been on our radar since then, and we are delighted with the results from this initial short RC programme. Its proximity to the Hamama West deposit makes it particularly interesting, in terms of its potential ease of development, and West Garida again confirms the outstanding exploration potential of the entire Abu Marawat Concession. We continue to push strongly ahead at both Rodruin and Hamama West, but these new results show the bigger potential of the Concession, which we fully intend to develop over time. We anticipate further follow-up drilling to come at West Garida, as we look to shift our drilling focus to the numerous other high priority exploration targets at Abu Marawat, including Abu Gaharish, which appears to be a Sukari analogue, following the completion of the current diamond drilling programme at Rodruin. We continue to fully believe that very exciting times lie ahead for Aton.”

The West Garida prospect is located approximately 3 km east-northeast of the Hamama West deposit (Figure 1) and is accessed by a road constructed in 2017. A short programme consisting of 5 vertical reverse circulation percussion (“RC”) drill holes was completed at West Garida during a break in the Hamama West drilling programme (see news release dated August 26, 2022).

The West Garida prospect was discovered, mapped and sampled by Aton geologists in 2017, with individual surface channel samples returning grades including 99.6 g/t and 45.6 g/t Au (see news release dated October 17, 2017). Visible gold was identified in several samples associated with the quartz vein hosted mineralisation. West Garida is located approximately 500m from the western margin of a “Younger Granite” intrusive and is more or less along the strike of the Hamama West deposit. The general geology of the West Garida area is similar to that at Hamama West and is characterised by a sequence of intermediate to felsic volcanic and pyroclastic rocks that are cut by a number of sub-volcanic felsic intrusive bodies.

Mineralisation at West Garida occurs in shallow dipping, narrow gold-bearing quartz veins, and mapping by Aton geologists has identified the presence of three principle gold bearing veins, Veins #1 to #3 (Figure 2), which have all been worked in ancient times, as well as a further three to four minor veins. There are also extensive ancient superficial workings in colluvium in the general surrounding area. Further details on the West Garida prospect can be found in the news release dated October 17, 2017. 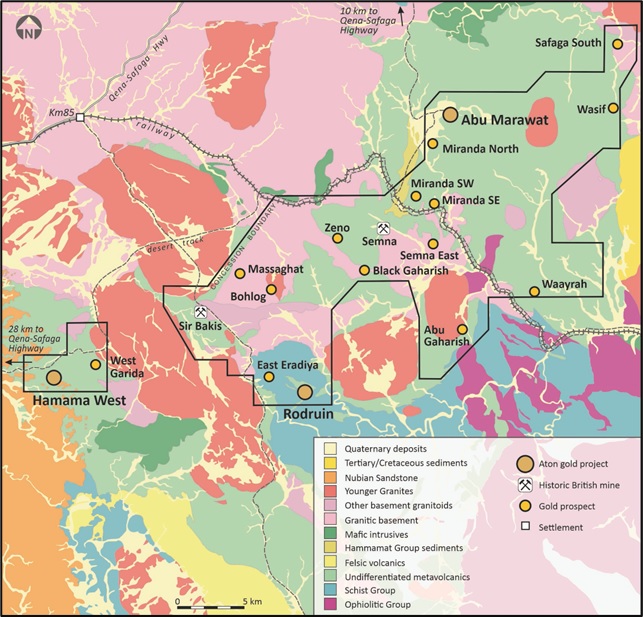 Figure 1: Geology plan of the Abu Marawat Concession, showing the location of the West Garida prospect is available at https://www.globenewswire.com/NewsRoom/AttachmentNg/7b2cf0c1-113d-4379-8290-510be6c9e9ff

5 shallow RC holes were drilled at West Garida, for a total of 390m, to test the mapped shallow dipping quartz veins (Figure 2). Holes were initially laid out using handheld GPS. Collar details of the holes are provided in Table 1. 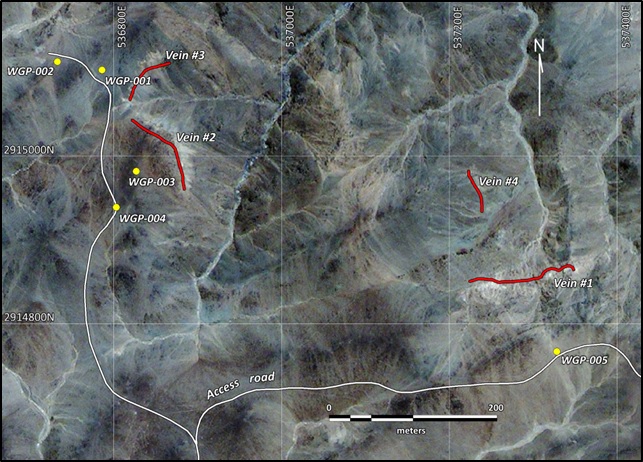 All 5 RC holes intersected mineralisation associated with quartz veins and stringers, and significant assay results and intersections are provided below in Table 2:

Hole WGP-005 tested the southerly down-dip extension of Vein #1, and intercepted a weakly weathered, broader 10m wide mineralised zone, which returned a grade of 0.93 g/t Au, and which contained an intersection of 5m @ 1.54 g/t Au from 65m downhole depth (Table 2). The mineralisation was hosted in andesitic tuffs with finer cherty felsic tuffs, and associated with clear, glassy and somewhat iron-stained quartz veins, which were observed to carry free gold at surface (see news release dated October 17, 2017).

In all cases the drilling intersected the targeted narrow visible gold-bearing quartz veins and quartz stringer zones mapped at surface, with hole WGP-003 apparently confirming the down-dip continuation of the precious and base metal hosting Vein #3 and confirmed the presence of high grade gold at West Garida. It is anticipated that further diamond drilling will be undertaken to follow up this short first RC programme. When the ongoing Rodruin diamond drilling programme has been completed the rig will be mobilised to Hamama where it is scheduled to drill at the Hamama East zone, as well further follow-up holes at West Garida.

The RC holes were drilled at 140mm diameter, and the bulk percussion chip samples were collected directly into pre-written large plastic bags from the cyclone every metre, numbered with the hole number and hole depths, and laid out sequentially at the drill site. Between each metre of drilling the cyclone and top box were cleaned out with compressed air. The bags were then moved to a logging and storage area where the chips were logged by Aton geologists. The bulk 1m samples were weighed, and subsequently riffle split through a 3-tier splitter onsite by Aton field staff to produce an approximately 1/8 split, which was collected in cloth bags, numbered and tagged with the hole number and depth. The splitter was cleaned with compressed air between each sample. The reject material from this initial bulk split was re-bagged, labelled and tagged, and the bulk reject samples will be stored and retained on site at Hamama. A representative sample of each metre was washed, stored in marked plastic chip trays, each containing 20m of samples, photographed, and retained onsite as a permanent record of the drill hole.

All the 1m split samples were weighed again, and the samples were riffle split onsite at the Hamama sample preparation facility, typically a further 3-4 times using a smaller lab splitter, to produce a nominal c. 250-500g sample split for dispatch to the assay laboratory. Again, the splitter was cleaned with compressed air between each sample. The laboratory splits were allocated new sample numbers.

The c. 250-500g split samples were shipped to ALS Minerals sample preparation laboratory at Marsa Alam, Egypt, where they were pulverised to a size fraction of better than 85% passing 75 microns. From this pulverised material a further sub-sample was split off with a nominal c. 50g size, which was shipped on to ALS Minerals at Rosia Montana, Romania for analysis.

Figure 1: Geology plan of the Abu Marawat Concession, showing the location of the West Garida prospect 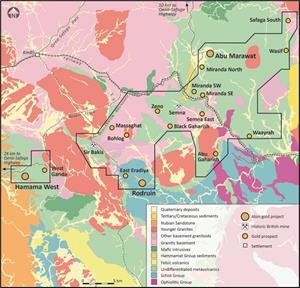 Figure 1: Geology plan of the Abu Marawat Concession, showing the location of the West Garida prospect 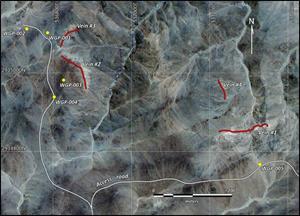