3 Dec 2019, 14:00
@newswire Aurion Resources Announces the Appointment of Kerry E. Sparkes to the Board of Directors $AU

Use of this site indicates acceptance of the Privacy Policy and Terms of Use.
The information on this Website is not reliable and not intended to provide tax, legal, or investment advice. Nothing contained on the Website shall be considered a recommendation, solicitation, or offer to buy or sell a security to any person in any jurisdiction.
CEO.CA members discuss high-risk penny stocks which can lose their entire value. Only risk what you can afford to lose.
© 2016 - Pacific Website Company Inc.
@newswire/aurion-drills-multiple-high-grade-near-surface-intercepts ↻
0 online
Today This week
Search Subscribe
Members of @newswire/aurion-drills-multiple-high-grade-near-surface-intercepts 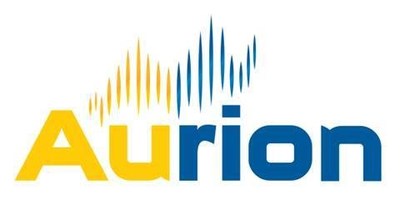 "We are very pleased with our continued success at Aamurusko NW," commented Mike Basha, President and CEO.  "Drilling has demonstrated continuity of the high-grade mineralized zones and intersecting quartz veins in excess of 5 m wide speaks to the robust nature and potential of this gold bearing system. We have only scratched the surface of this target but believe we have defined a significant zone of mineralization. We have since moved the drill rig to Aamurusko Main, where we expect to have similar success."

Mineralization at Aamurusko NW is defined by multiple zones of high-grade quartz veins (10 – 250 g/t Au), often with tourmaline, within a sericitized alteration envelope with highly anomalous disseminated pyrite (0.1 to 5 g/t Au), as well as narrow-sheeted and stockwork veinlets.

The NE-SW trending zone has been traced along strike by drilling for approximately 180 m.  The zone continues from surface to a depth of at least 170 m vertically and is open at depth and along strike in both directions.

Drill hole AM19104, drilled 20 m below AM19103, intersected a 0.60 m wide crack-seal textured quartz vein starting at 109.1 m downhole with 2% disseminated pyrite adjacent to the vein. No significant assays were returned.

Drill hole AM19105, which is a 40 m step out NNE of AM19095, intersected three zones of mineralization. The first zone assayed 49.3 g/t Au over 1.00 m starting at 6.82 m downhole and is located within a moderately bleached interval of polymictic conglomerate. The second zone, which assayed 1.09 g/t Au over 13.65 m starting at 53.35 m, consists of a wide zone of both extensional and crack-seal quartz veins with VG, tourmaline and up to 5% pyrite.  The third zone of 16.17 g/t Au over 4.00 m (including 109.0 g/t Au over 0.58 m) started at 97.10 m downhole. The highest grades from this interval correspond to a 0.4 m wide crack-seal polymetallic quartz vein with up to 20% galena + sphalerite + chalcopyrite + pyrite as well as coarse VG within an extensive interval of bleaching and silicification with 2 – 5% disseminated pyrite.

Drill hole AM19106 tested an interpreted fault oblique to the mineralized trend and intersected several zones of veining over 128 m including 20% extensional and crack-seal quartz veins from 83.10 – 144.0 m.  Galena, pyrite and tourmaline were noted in the veins. Individual quartz veins were up to 3.45 m wide though the oblique angle of drilling means the widths are not considered representative. Notable intersections included 2.10 g/t Au over 13.50 m starting at 77.20 m downhole and 23.41 g/t Au over 11.10 m (including 51.95 g/t Au over 4.15 m) starting at 133 m downhole. VG was abundant in this latter interval and the highest-grade sample was 202.00 g/t Au over 0.50 m.

Drill hole AM19107, which was drilled 60 m below AM19105, intersected 1.74 g/t Au over 2.33 m starting at 54.82 m downhole. This interval includes a 1.45 m wide quartz vein with minor tourmaline with an alteration envelope of moderate to strong silicification, bleaching and disseminated pyrite.

A table with all previously released drill results is available here:
https://aurionresources.com/news/2019/aurion-intersects-10.6-g-t-au-over-3.4-m-at-aamurusko-northwest-second-drill-rig-added/

To date, eighty-four of ninety-nine (85%) drill holes completed at Aamurusko (Main and NW) have intersected gold mineralization. Twenty-eight have intercepts of 15 g/t Au or higher.  At Aamurusko NW alone, twenty-four of twenty-seven (89%) drill holes intersected gold mineralization and twelve of twenty-seven have intercepts of 15 g/t Au or higher. Gold mineralization has been intersected in multiple rock types starting at surface to a depth of 180 m depth.  Mineralization remains open along strike and at depth at both Aamurusko Main and NW. The 600 m distance between Main and NW, and to the east of Main, where numerous high-grade boulders have been discovered, has been virtually untested. The Aamurusko boulder field, comprising 1,210 angular boulders that assayed an average of 25 g/t Au (previously disclosed), is > 1.3 km wide, indicating there are possibly multiple sources.

The geological setting of the Risti project has many similarities to prolific gold-rich orogenic gold belts globally, specifically the Timmins camp of the Abitibi geological province of Northern Ontario. The Aamurusko zone appears to be underlain by young unconformable clastic rocks (meta-sandstones and conglomerates) of the Kumpu Group. These Kumpu Group conglomerates resemble the Timiskaming conglomerates of the Timmins and Kirkland Lake area of the Abitibi province and occur in a similar geo-tectonic setting (both represent the youngest stratigraphic sequence within their respective belts). The Kumpu Group and the Timiskaming group were deposited in late orogenic extensional basins. They form in relation to major movement along regional faults or deformation zones. In the Abitibi province, many high-grade, multimillion-ounce gold deposits are temporally and spatially associated with the Timiskaming conglomerates (or their equivalents) in close proximity to major regional deformation (fault) zones such as the Porcupine-Destor or Cadillac Lake-Larder Lake deformation zones. The Kumpu Group appears to have been deposited in a similar geological setting adjacent to the Sirkka shear zone, which is a major deformation zone in the Central Lapland Greenstone Belt. Strong alteration including fuchsite, tourmaline, iron carbonate, albite and quartz veining is observed along the entire length of this structure.

All samples were delivered to ALS preparation facility in Sodankyla, Finland where sample preparation work was completed. All analytical work was completed at ALS facility in Loughrea, Ireland.  ALS is an internationally accredited lab and are ISO compliant (ISO 9001:2008, ISO/IEC 17025:2005).  All samples were analyzed for gold using the Au-AA26 procedure (50g fire assay with AAS finish: Lower Detection Limit 0.01 g/t gold; Upper Limit – 100 g/t gold).  Any samples that returned over-limit values (>100 g/t gold) or had visual indication of mineralization, such as visible gold or prospective vein intervals (>100 g/t gold) were analyzed by Au-SCR24 1kg, Screen Fire Assay Au (0.05-1,000 ppm) by 1kg screen fire assay (50g nominal sample weight). The sample pulp (1kg) is passed through a 100-micron stainless steel screen. Any material remaining on the screen (>100 micron) is retained and analyzed in its entirety by fire assay with gravimetric finish and reported as the Au (+) fraction. The material passing through the screen (<100 micron) is homogenized and two sub-samples are analyzed by fire assay with AAS finish. The average of the two AAS results is taken and reported as the Au (-) fraction result. All three values are used in calculating the combined gold content of the plus and minus fractions. The gold values for both the (+) 100 and (-) 100 micron fractions are reported together with the weight of each fraction as well as the calculated total gold content of the sample.  Multi-element analysis (ME-ICP61, four-acid digestion, 35 element ICP-AES) was completed on all samples. Certified standards and blanks were inserted every 20 samples.  ALS has its own QA/QC protocol using standards, blanks and duplicates.

Andrew Hussey, P.Geo., GIS Geologist and Database Manager, a Qualified Person as defined by National Instrument 43-101, is responsible for the preparation of this release.

For more information on these projects please visit our website at www.aurionresources.com.

Aurion Resources Ltd. (Aurion) is a Canadian exploration company listed on the TSX Venture Exchange (TSX-V:AU). Aurion's strategy is to generate or acquire early stage precious metals exploration opportunities and advance them through direct exploration by our experienced team or by business partnerships and joint venture arrangements. Aurion's current focus is exploring on its Flagship Risti and Launi projects, as well as advancing joint venture arrangements with Kinross Gold Corp., B2 Gold Corp., and Strategic Resources Inc. in Finland.

On behalf of the Board of Directors,
Michael Basha, Chief Executive Officer