Use of this site indicates acceptance of the Privacy Policy and Terms of Use.
The information on this Website is not reliable and not intended to provide tax, legal, or investment advice. Nothing contained on the Website shall be considered a recommendation, solicitation, or offer to buy or sell a security to any person in any jurisdiction.
CEO.CA members discuss high-risk penny stocks which can lose their entire value. Only risk what you can afford to lose.
© 2016 - Pacific Website Company Inc.
@newswire/brand-capital-international-has-agreed-to-invest-up ↻
0 online
Today This week
Search Subscribe
Members of @newswire/brand-capital-international-has-agreed-to-invest-up

MUMBAI, India and TORONTO, March 12, 2021 /CNW/ - QYOU Media Inc. (TSXV: QYOU) (OTCQB: QYOUF), led by The Q India, the company's Hindi language youth-oriented channel available to over 700 million homes and devices in India, has agreed to terms for an initial investment of US $2 million subject to Reserve Bank of India approval with an option to invest an additional US $6 million investment from Brand Capital International (BCI), the strategic investment arm of Bennett, Coleman & Co. Ltd ("BCCL" or "The Times Group"), India's largest media conglomerate. The 183 year-old media company reaches over 700 million Indians every month via 108 newspapers and magazines, 12 television channels, 73 radio stations, 50+ websites and apps and 5000+ Outdoor sites. Brand Capital International has a pioneering investment model that supports the long-term brand building efforts for businesses expanding in the Indian market.

QYOU Media intends to use the proceeds of the initial US $2 million investment by BCI to build out its Indian operations, including distribution contracts, ad sales, content licensing and branding efforts.

The parties have agreed to consider in good faith further investments of US $2 million in each of 2023 and 2024, as further described below.

The parties have agreed that an executive representative of Brand Capital International or other Times Group entity will be granted an observer position with the Board of Directors of QYOU Media.

With a growing library of over 850 programs, and beginning in April with the addition of DD Free Dish, the channel will reach an audience of 700 million via 88 million television homes with partners including TATA Sky, Airtel DTH, SitiNetworks and DD Free Dish; 380 million OTT users via platforms including ShemarooMe, MX Player, ZEE5, and Dish Watcho; and 232 million users on mobile and digital platforms including Snap, JioTV, Airtel Xstream, Amazon Fire TV and Chingari. DD Free Dish is owned by Doordarshan, India's state broadcaster, and reaches 25% of India's Hindi speaking market TV households.

The Brand Capital International model deploys The Times Group branding expertise and intellectual capital to help entrepreneurs with intricacies of the advertising business – helping them to plan and build effective corporate branding strategies that lead to growth and enterprise value creation. Neville Taraporewalla, President of Brand Capital International stated, "We have been following the growth of QYOU and they have a good understanding of the Indian audience. With this proposed partnership, we believe that we can bring a significant value to QYOU in India."

Curt Marvis, CEO and Co-Founder of QYOU Media added, "Having Brand Capital International, the strategic investment arm of the The Times Group, as a partner with QYOU Media is a tremendously gratifying and important endorsement as we continue to move towards becoming a dominant brand for young India. Their strategic expertise and massive experience as India's largest media conglomerate makes their entry as a new partner on our journey a truly important milestone. We look forward to working with the entire organization as we aim to build a large and loyal fan base of young Indians across television, OTT and mobile."

The parties were brought together by veteran India M&E entrepreneur Ken Silverman, CEO of Indus Global Media, a colleague of the partners of both companies.

Closing of the initial US $2 million investment is subject to certain customary conditions, including the approval of the Exchange and the Reserve Bank of India. The common shares of QYOU Media to be purchased by Brand Capital International will be subject to a hold period of four months from the date of issuance of such shares.

The securities being offered to BCI have not been, and will not be, registered under the United States Securities Act of 1933, as amended (the "U.S. Securities Act"), or any U.S. state securities laws and may not be offered or sold in the United States absent registration or an available exemption from the registration requirement of the U.S. Securities Act and applicable U.S. state securities laws. This press release shall not constitute an offer to sell or the solicitation of an offer to buy, nor shall there be any sale of, such securities being offered pursuant to the offering in any jurisdiction in which such offer, solicitation or sale would be unlawful.

Details Regarding Potential 2023 and 2024 investments

Between each of January 1, 2023 and March 31, 2023 and January 1, 2024 and March 31, 2024, QYOU shall have the option of notifying BCI that it would welcome a purchase by BCI of a further US$2 million of common shares of QYOU Media. The parties contemplate that if BCI accepts such an offer, the common shares of QYOU Media would be issued at a price equal to the greater of (i) the Applicable Discounted Price based on the volume weighted-average price of the common shares of QYOU Media on the Exchange for a period of twenty consecutive trading days ending on the day prior to the date of the notice of acceptance by BCI of such offer; (ii) $0.28; and (iii) the lowest permissible price permitted by the policy of the Exchange.

Brand Capital International (BCI), headquartered in San Francisco, California is the strategic investment arm of The Times Group, the largest media conglomerate in India. BCI channels its deep domain expertise and insights in the Indian media landscape to steer early-stage and high-growth companies from across the globe into the Indian market – propelling its companies to thrive in one of the world's fastest growing markets. To learn more about Brand Capital International, its investment thesis and its portfolio companies, visit www.brandcapitalus.com. 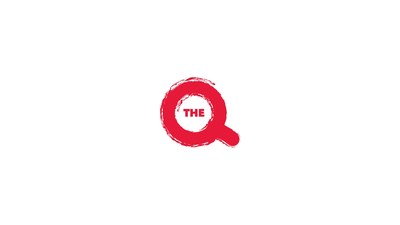