Use of this site indicates acceptance of the Privacy Policy and Terms of Use.
The information on this Website is not reliable and not intended to provide tax, legal, or investment advice. Nothing contained on the Website shall be considered a recommendation, solicitation, or offer to buy or sell a security to any person in any jurisdiction.
CEO.CA members discuss high-risk penny stocks which can lose their entire value. Only risk what you can afford to lose.
© 2016 - Pacific Website Company Inc.
@newswire/dell-we-cities-index-ranks-top-50-global-cities-for ↻
0 online
Today This week
Search Subscribe
Members of @newswire/dell-we-cities-index-ranks-top-50-global-cities-for

Today at the 8th annual Dell Women Entrepreneur Network Summit, Dell announced findings of the 2017 Women Entrepreneur Cities (WE Cities) Index, revealing how 50 top global cities are fostering high-potential women entrepreneurs (HPWE). Building on 2016 WE Cities research, this study ranks cities based on the impact of local policies, programs and characteristics in addition to national laws and customs. 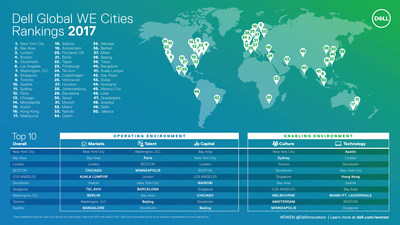 "Globally, women's entrepreneurship rates are growing more than 10 percent each year. In fact, women are as likely or more likely than men to start businesses in many markets. However, financial, cultural and political barriers can limit the success of these businesses," said Karen Quintos, EVP and chief customer officer at Dell. "By arming city leaders and policymakers with data-driven research and clear calls to action, we can collectively improve the landscape for high-potential women entrepreneurs, which in turn dramatically lifts a city's economic prospects — as what is good for women is good for the economy."

"It is in the world's best interest that women entrepreneurs everywhere thrive. The WE Cities Index can be used as a diagnostic tool to help ensure that lawmakers are enabling women entrepreneurs to succeed," said Elizabeth Gore, entrepreneur-in- residence at Dell. "Each of the cities on this list can learn from one another and encourage political change to attract and support women entrepreneurs. The resulting change will be felt at not just a city level, around the world as we develop an ecosystem where all entrepreneurs can thrive regardless of gender."

Building on the past five years of Dell research on HPWE, cities were ranked on five important characteristics: capital, technology, talent, culture and markets. These pillars were organized into two groups — operating environment and enabling environment. The overall rating is based on 72 indicators; 45 of these, nearly two-thirds, have a gender-based component. Individual indicators were weighted based on four criteria: relevance, quality of underlying data, uniqueness in the index and gender component. The 50 cities were ranked as follows:

The 2016 and 2017 studies differ in several ways, including the total number of cities, number of indicators and the weight of indicators based on new data sources. Given the new elements to the ranking, scores should not be compared year-over-year.

Dell partnered with IHS Markit — a leading source of insight and analytics that shape today's business landscape — to launch this first-of-its-kind, global research that will measure a city's ability to attract and support high-potential women entrepreneurs.

Research for WE Cities began during the 2016 DWEN Future Ready Research Symposium chaired by Dr. David Ricketts from the Technology and Entrepreneurship Center at Harvard. The research symposium brought together 40 global thought leaders, women entrepreneurs, academics and media to develop insights for the model. Key takeaways from the conversations at the Symposium included:

The successful pilot of the 2016 Index led to the scaling for the 2017 Index to include 50 cities.

About the Dell Women's Entrepreneur Network

As the visionary outcome of a true entrepreneur, Dell is committed to help power the success of entrepreneurs by developing technology solutions that enable human potential. Through the Dell Women's Entrepreneur Network, Dell supports and nurtures a community of female entrepreneurs by providing access to technology, networks and capital. Learn more here.

Dell is excited to host the 8th annual Dell Women's Entrepreneur Network (DWEN) Summit in San Francisco from July 17-18, 2017, with its Welcome Reception on Sunday, July 16. Over 150 female founders, CEOs, dignitaries, Dell Leaders and more will convene to connect and discuss today's pressing topics. Through inspiring keynotes, informative panels and innovative workshops, the 2017 DWEN Summit will be the go-to resource for support and solutions that facilitate entrepreneurship. It is Dell's mission to bring vital knowledge and tailored technology for women-led companies small and large. For more on the event, please click here.

Dell Inc., a part of Dell Technologies, provides customers of all sizes – including 98 percent of the Fortune 500 – with a broad, innovative portfolio from edge to core to cloud. Dell Inc. comprises Dell client as well as Dell EMC infrastructure offerings that enable organizations to modernize, automate and transform their data center while providing today's workforce and consumers what they need to securely connect, produce, and collaborate from anywhere at any time.

Copyright © 2017 Dell Inc. or its subsidiaries. All Rights Reserved. Dell, Dell Inc. and the Dell logo are trademarks of Dell Technologies in the United States and/or other jurisdictions. All other marks and names mentioned herein may be trademarks of their respective companies. 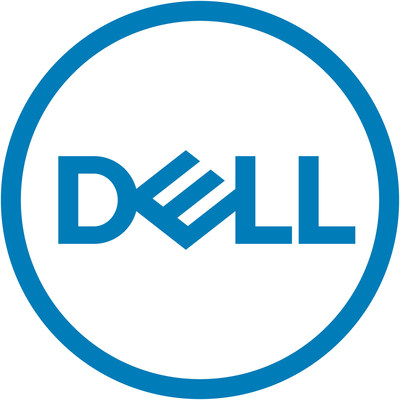