Use of this site indicates acceptance of the Privacy Policy and Terms of Use.
The information on this Website is not reliable and not intended to provide tax, legal, or investment advice. Nothing contained on the Website shall be considered a recommendation, solicitation, or offer to buy or sell a security to any person in any jurisdiction.
CEO.CA members discuss high-risk penny stocks which can lose their entire value. Only risk what you can afford to lose.
© 2016 - Pacific Website Company Inc.
@newswire/excellon-and-otis-shareholders-overwhelmingly-approve ↻
0 online
Today This week
Search Subscribe
Members of @newswire/excellon-and-otis-shareholders-overwhelmingly-approve 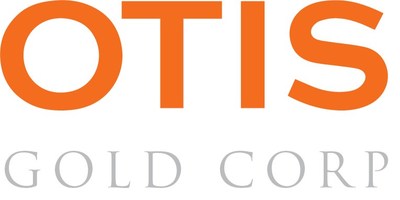 TORONTO, April 17, 2020 /CNW/ - Excellon Resources Inc. (TSX: EXN, EXN.WT, OTC: EXLLF and FRA: E4X1) ("Excellon") and Otis Gold Corp. (TSX-V: OOO, OTC: OGLDF, FRA: 4OG) ("Otis") are pleased to announce that all resolutions put forth in connection with their proposed business combination to be completed by way of a plan of arrangement (the "Arrangement") were overwhelmingly approved today at the special meeting of shareholders of Excellon (the "Excellon Meeting") and at the annual general and special meeting of shareholders of Otis (the "Otis Meeting").

Excellon President & CEO Brendan Cahill stated: "We are grateful for the strong support of our shareholders for our acquisition of Otis Gold and look forward to realizing the opportunity we see in the Kilgore Project. The world has changed since we announced this transaction, but gold has played its role as the ultimate store of value and wealth, increasing in value against an historically unsettled period in the broader market. We wish everyone the best of health and a return to everyday life as soon as possible."

Otis President & CEO Craig Lindsay stated: "I  am very pleased that the proposed transaction with Excellon was overwhelmingly approved by shareholders of both Otis and Excellon. We are excited to partner with an experienced producer to advance the Kilgore Project. We look forward to the future growth opportunities this combination creates."

At the Excellon Meeting, the ordinary resolution authorizing the maximum number of common shares of Excellon ("Excellon Shares") issuable in connection with the Arrangement (the "Share Issuance Resolution") was approved by approximately 98.39% of all shareholders of Excellon present in person or represented by proxy at the Excellon Meeting. The shareholders of Excellon who participated in the vote represented approximately 50.82% of all issued and outstanding Excellon Shares entitled to vote on the Share Issuance Resolution.

In addition, at the Excellon Meeting, the special resolution authorizing the consolidation of all of the issued and outstanding Excellon Shares (the "Consolidation Resolution") was approved by approximately 91.54% of all shareholders of Excellon present in person or represented by proxy at the Excellon Meeting. The shareholders of Excellon who participated in the vote represented approximately 50.82% of all issued and outstanding Excellon Shares entitled to vote on the Consolidation Resolution.

A report of voting results describing the matters voted upon at the Excellon Meeting is available on SEDAR (www.sedar.com) under Excellon's issuer profile.

Shareholders of Otis also approved certain annual resolutions at the Otis Meeting.  As such, until the earlier of the completion of the Arrangement or the next annual meeting of Otis shareholders: (i) Craig Lindsay, Sean Mitchell, Donald Ranta, Roger Norwich, Tim Miller and Don Poirier have been elected to the board of directors of Otis; (ii) D+H Group, LLP has been appointed as independent auditor of Otis; and (iii) Otis' stock option plan has been re-approved.

Completion of the Arrangement remains subject to, among other things, satisfaction of all conditions precedent to closing the Arrangement, including the final approval of the British Columbia Supreme Court. The hearing for the final order of the British Columbia Supreme Court to approve the Arrangement is scheduled to take place on April 21, 2020 by telephone conference. Any Otis shareholders wishing to attend the court hearing should contact Otis at the address below. Assuming that all approvals are obtained and all conditions precedent are satisfied or waived in a timely manner, Excellon and Otis currently anticipate the closing of the Arrangement to occur on April 23, 2020.

Under the terms of the Arrangement, Excellon will acquire all of the issued and outstanding common shares of Otis (the "Otis Shares") and in exchange, holders of Otis Shares will be entitled to receive 0.23 Excellon Shares in exchange for each Otis Share held. Further details regarding the Arrangement are set out in the joint management information circular of Excellon and Otis dated March 13, 2020, which is available on each of Excellon's and Otis' websites and SEDAR profiles.

Excellon's 100%-owned Platosa Mine has been Mexico's highest-grade silver mine since production commenced in 2005. Excellon is focused on optimizing Platosa's cost and production profile, discovering further high-grade silver and carbonate replacement deposit mineralization on the 14,000-hectare Platosa Project and epithermal silver mineralization on the 100%-owned 45,000-hectare Evolución Property, and capitalizing on current market conditions by acquiring undervalued projects. Excellon also holds an option on the 164 km2 Silver City Project in Saxony, Germany, a high-grade epithermal silver district with 750 years of mining history and no modern exploration.

Additional details on Otis' properties are available at www.otisgold.com.

This press release contains forward-looking statements within the meaning of Canadian securities laws. Such statements in this press release include, without limitation, statements regarding the timing of receipt of the final order from the British Columbia Supreme Court; the timing of the completion of the Arrangement; the third-party approvals and other conditions required to complete the Arrangement; the ability of the companies to complete the Arrangement on the terms announced; and the implementation of the proposed consolidation and timing in respect thereof. Although the companies believe that such statements are reasonable, they can give no assurance that such expectations will prove to be correct. Forward-looking statements are typically identified by words such as: believe, expect, anticipate, intend, estimate, postulate and similar expressions, or are those, which, by their nature, refer to future events. The companies caution investors that any forward-looking statements are not guarantees of future results or performance, and that actual results may differ materially from those in forward looking statements as a result of various factors, including, but not limited to, the inability to satisfy the conditions required to complete the Arrangement; the companies not being able to obtain third-party approvals; the Arrangement being terminated; variations in the nature, quality and quantity of any mineral deposits that may be located, significant downward variations in the market price of any minerals produced, the inability to obtain any necessary permits, consents or authorizations required for its activities, to produce minerals from its properties successfully or profitably, to continue its projected growth, to raise the necessary capital or to be fully able to implement its business strategies. The companies do not undertake, and assume no obligation, to update or revise any such forward-looking statements or forward-looking information contained herein to reflect new events or circumstances, except as may be required by law.

The public disclosure filings of Excellon and Otis may be accessed via www.sedar.com and readers are urged to review these materials, including the technical reports filed with respect to the mineral properties of the Combined Company, and particularly the September 7, 2018 NI 43-101 technical report prepared by SRK Consulting (Canada) Inc. with respect to the Platosa Property.