Use of this site indicates acceptance of the Privacy Policy and Terms of Use.
The information on this Website is not reliable and not intended to provide tax, legal, or investment advice. Nothing contained on the Website shall be considered a recommendation, solicitation, or offer to buy or sell a security to any person in any jurisdiction.
CEO.CA members discuss high-risk penny stocks which can lose their entire value. Only risk what you can afford to lose.
© 2021 - CEO.CA Technologies Ltd.
@newswire/in-colorado-the-car-business-shifts-into-overdrive ↻
0 online
Today This week
Search Subscribe
Members of @newswire/in-colorado-the-car-business-shifts-into-overdrive

WHEAT RIDGE, Colo., Aug. 3, 2020 /CNW/ - The two men set their pens down on the table, shook hands followed by generous amounts of hand sanitizer – owing to the pandemic – and the Colorado automotive landscape was changed. 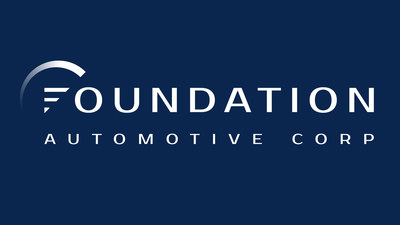 Today, Foundation Automotive Corp. finished the acquisition of the Medved dealerships in Wheat Ridge and Castle Rock, bringing their portfolio of North American auto dealerships to eighteen and three collision repair facilities. For Coloradans, it means better prices, more choices, and world-class service for their cars, trucks and sport utilities. In short, the business is in overdrive, and that's good for Colorado.

One of the fastest-growing automotive dealership groups in North America, Foundation Auto, has a visionary management team consisting of a mix of operations, sales, and analytical professionals. They act more as mentors than bosses. "These are good stores with good people running them. We like that," said Chuck Kramer, Chief Operating Officer for Foundation, and an old car guy starting literally in the trenches lubricating cars at a dealership. Over the years, Kramer became one of the most respected auto businessmen in the nation. "What we're doing is coming in and re-working some of the key processes, creating efficiencies, and providing additional support."

Veteran Denver dealer, Josh Letsis is taking the reins at the Medved Autoplex in Wheat Ridge as Managing Partner. Josh started in the car business when he was eighteen. At 28, he was the youngest general manager in a dealership that's a Fortune 500 company he has also built his last dealership into the number one Chevy dealer in the state.

However, the most visible change will be right on the buildings. Foundation will rebrand the dealership in Castle Rock as the new Castle Rock Autoplex to emphasize its ties to the community, its new ownership, and its independence.

That continuity of service is vital to the people of Colorado. Founded in the waning days of the Great Depression in July 1942 by well-known Arvada character Rubin Craig, the original Chevrolet dealership thrived despite a world war and shortages of inventory. Craig Chevrolet established itself as a stalwart business in downtown Arvada and continued for the next 46 years. John Medved came from Detroit in 1988 with cowboy dreams, bought the business and moved it to its present location in Wheat Ridge. Over the next 32 years, Medved grew the company from a single Chevrolet store on the westside of Denver to include Cadillac, Kia, and in Castle Rock: Ford, Chevrolet, Buick, GMC, Chrysler, Dodge, Jeep, and Ram.

Mr. Kutschinski went on to say, "We intend to continue the amazing legacy that Mr. Medved fostered in the market, and although he has left us albeit large shoes to fill, we will take the challenge happily."

Unlike other auto groups, Foundation keeps its dealerships hometown dealers. Rather than entirely buying the dealership, they prefer local "dealer partners" with an equity stake. Mr. Kutschinski had this opportunity when he started, and now, he's paying it forward with his businesses.

Consumers benefit from this policy with stores owned and managed locally. Denver residents remember that for years Medved was known as the dealership that was "locally owned, locally operated and locally involved." That continues.

"Our core company values are employee satisfaction, strong community involvement and excellent customer service," said Mr. Kramer. Foundation will give back to Colorado with monthly giveaways to local residents, partnering with local charities, fundraising and unprecedented community involvement. As a company, they strive to reduce the carbon impact of their businesses on the local environment.  The winner is anyone who drives on our roads, lives in our state, or breathes our mountain air. As Foundation Auto expands in the region, they'll add new stores to their Front Range locations and new jobs for those looking for an opportunity.

A dealer comes, and a dealer goes, and so, it goes in Colorado. The landscape changes in subtle, but important ways, from which everyone benefits.