Use of this site indicates acceptance of the Privacy Policy and Terms of Use.
The information on this Website is not reliable and not intended to provide tax, legal, or investment advice. Nothing contained on the Website shall be considered a recommendation, solicitation, or offer to buy or sell a security to any person in any jurisdiction.
CEO.CA members discuss high-risk penny stocks which can lose their entire value. Only risk what you can afford to lose.
© 2016 - Pacific Website Company Inc.
@newswire/kore-mining-discovers-gold-in-dry-stream-beds-between ↻
0 online
Today This week
Search Subscribe
Members of @newswire/kore-mining-discovers-gold-in-dry-stream-beds-between

KORE's CEO Scott Trebilcock stated: "We are extremely encouraged to discover stream bed gold occurrences which align with our geophysical model on our Mesquite-Imperial exploration area.  The discoveries support our thesis that there are multiple new gold deposits to be discovered close to surface. KORE's job now is to find the source or sources of the gold by targeting the 19 kilometers of fault structures interpreted earlier this year.  Imperial County has over 140 years of gold mining history.  The Mesquite-Imperial-Picacho District and the Imperial gold project could extend that history for many future generations with new gold discoveries and provide much needed employment and economic development."

Figure 2 depicts the western half of the District (Mesquite-Imperial) with three large exploration areas defined by structural interpretation from two rounds of 2020 geophysics - Mesquite East, Ogilby and Imperial West.  Having the intact Imperial deposit to "tune" or "fingerprint" geophysical signatures, greatly enhances the confidence to target new discoveries under the alluvium along the trend. Details of the work were released January 7, 2020 and April 29, 2020.

Sampling and Mapping Program Details
Discovery of gold in the dry stream beds (also called "arroyos" or "washes") on the Mesquite East and Ogilby targets areas, are several kilometers from Mesquite and Imperial and not downstream from either, indicates that gold is being generated from another source.  KORE intends to explore for and discover those sources.

In the course of collecting the samples and mapping the area, KORE encountered more outcrop than originally anticipated.  This is positive as it means the alluvial cover is shallow in those areas, making a new oxide gold discovery easier and more attractive.  KORE also found evidence of historic small scale mining activities including hand and bulldozer trenches, an exploration shaft and signs of historic placer mining activity.  The mapping and sampling program continues on the east part of the District towards Picacho.

KORE's exploration team collected 435 stream bed and rock chip samples over the last three months, prospecting the District.  This news release includes results from 199 dry stream bed samples with assays pending on the remainder.  Samples collected averaged 6 kilogram in size and were taken at an average depth of 0.4 meters below surface.  Of the 199 samples, 95 assayed over the gold detection limit of 5 parts per billion and 49 assayed over 100 parts per billion (0.1 g/t).  Samples locations and assays are depicted on Figure 1.

Next Steps
The ongoing 2020 mapping and sampling program will be complete by January 2021.  The program was designed to provide an indicative first pass to the District.  KORE intends to follow-up on anomalies with further detailed soil sampling grids and detailed geological mapping, and infill geophysics in H1 2021 ahead of the planned 2021 exploration drilling program.

Imperial Project Update
KORE's development team based in Imperial, California has been active since delivering the positive Preliminary Economic Assessment for the Imperial deposit in April 2020, building the capacity and social license to advance Imperial towards production.  COVID-19 has had a major impact on local stakeholders in Imperial County.  The team has done an incredible job in the face of this challenge and has worked to support the local community and government agencies in a safe and responsible manner. Recent project activity:

KORE is currently permitting a large 140+ pad drill program via a Plan of Operations ("PO") process with the BLM local office.  KORE had previously planned to permit a smaller program in 2020 using a Notice of Intent process but was required by the BLM to move to the more robust and time intensive PO process including an associated Environmental Assessment ("EA").  Given the robustness of the PO process, KORE decided to increase the scale of the proposed dill program adding time to the re-submission. The process has been further impacted by COVID-19 and permits are now expected in mid-2021.

KORE is committed to operate within the stringent environmental and labour standards of California.  KORE plans to concurrently reclaim drill pad locations and ensure measures are taken to mitigate any impacts to biological and cultural resources.  KORE has designed the drill program to maximize the existing public road/trail network in the area so as to limit any new disturbances, and the Company will be adjusting our drill pad locations as needed to avoid any sensitive sites should any be encountered during the EA investigations.

About Imperial Gold Project
KORE owns 100% of the Mesquite-Imperial-Picacho District which consists of 26,323 acres on 1,007 claims capturing the entire 28-kilometer trend from the operating Mesquite mine (Equinox Gold - TSX:EQX) to the closed Picacho mine and including KORE's Imperial project as depicted on Figure 3.   In the District, gold is hosted in local fault structures related to a series of regional faults connecting the known District deposits.  Those three District deposits (Mesquite-Imperial-Picacho) were discovered in exposed outcrops and from placer workings.  The rest of the District is covered by alluvium and has never been systematically explored.

The Mesquite-Imperial-Picacho District centers on KORE's Imperial project.  Imperial is a structurally controlled intermediate sulfidation epithermal gold deposit. The 100% oxide gold deposit is currently defined at 2.44 kilometer long and up to 0.75 kilometer wide and is open both along strike and downdip. It is hosted in a shallowly southwest dipping, amphibolite grade metamorphic rock suite along a west-northwest trending low-angle regional thrust fault system. The thrust fault system controls the regional geometry of mineralization. East-west striking, post-mineralization normal faults control the property scale geometry of mineralization. Geophysical characterization of the deposit and regional controlling structures is an essential component of exploration for additional resources.

Imperial has a mineral resource estimate and a positive preliminary economic assessment effective April 6, 2020 with the following highlights:

About KORE Mining
KORE is 100% owner of a portfolio of advanced gold exploration and development assets in California and British Columbia.  KORE is supported by strategic investor Eric Sprott who recently invested $7.0 million, bringing his total ownership to 26%.  KORE management and Board are aligned with shareholders,  owning an additional 38% of the basic shares outstanding.  KORE is actively developing its Imperial Gold project and is aggressively exploring across its portfolio of assets.

Technical information with respect to the District and Imperial Gold Project contained in this news release has been reviewed and approved by Marc Leduc, P.Eng, who is KORE's COO and is the qualified person under National Instrument 43-101 responsible for the technical matters of this news release.

Cautionary Statement Regarding Forward-Looking Information
This news release contains forward-looking statements relating to the future operations of the Company and other statements that are not historical facts. Forward-looking statements are often identified by terms such as "will", "may", "should", "anticipate", "expects", "intends", "indicates" and similar expressions. All statements other than statements of historical fact, included in this release, including, without limitation, statements regarding the future plans and objectives of the Company are forward-looking statements.  Forward-looking statements in this news release include, but are not limited to, statements with respect to: final results of future exploration work, including further mapping and sampling and the timeline for completion, the results of the PEA, including future Project opportunities, , the projected NPV, , permit timelines, and the ability to obtain the requisite permits, the market and future price of and demand for gold, , and the ongoing ability to work cooperatively with stakeholders, including the all levels of government. Such forward-looking statements, and any assumptions upon which they are based, are made in good faith and reflect our current judgment regarding the direction of our business. Management believes that these assumptions are reasonable. Forward looking information involves known and unknown risks, uncertainties and other factors which may cause the actual results, performance or achievements of the Company to be materially different from any future results, performance or achievements expressed or implied by the forward-looking information.

Such factors include, among others: risks related to exploration and development activities at the Company's projects, and factors relating to whether or not mineralization extraction will be commercially viable; risks related to mining operations and the hazards and risks normally encountered in the exploration, development and production of minerals, such as unusual and unexpected geological formations, rock falls, seismic activity, flooding and other conditions involved in the extraction and removal of materials; uncertainties regarding regulatory matters, including obtaining permits and complying with laws and regulations governing exploration, development, production, taxes, labour standards, occupational health, waste disposal, toxic substances, land use, environmental protection, site safety and other matters, and the potential for existing laws and regulations to be amended or more stringently implemented by the relevant authorities; uncertainties regarding estimating mineral resources, which estimates may require revision (either up or down) based on actual production experience; risks relating to fluctuating metals prices and the ability to operate the Company's projects at a profit in the event of declining metals prices and the need to reassess feasibility of a particular project that estimated resources will be recovered or that they will be recovered at the rates estimated; risks related to title to the Company's properties, including the risk that the Company's title may be challenged or impugned by third parties; the ability of the Company to access necessary resources, including mining equipment and crews, on a timely basis and at reasonable cost; competition within the mining industry for the discovery and acquisition of properties from other mining companies, many of which have greater financial, technical and other resources than the Company, for, among other things, the acquisition of mineral claims, leases and other mineral interests as well as for the recruitment and retention of qualified employees and other personnel; access to suitable infrastructure, such as roads, energy and water supplies in the vicinity of the Company's properties; and risks related to the stage of the Company's development, including risks relating to limited financial resources, limited availability of additional financing and potential dilution to existing shareholders; reliance on its management and key personnel; inability to obtain adequate or any insurance;  exposure to litigation or similar claims; currently unprofitable operations; risks regarding the ability of the Company and its management to manage growth; and potential conflicts of interest.

In addition to the above summary, additional risks and uncertainties are described in the "Risks" section of the Company's management discussion and analysis for the year ended December 31, 2019 prepared as of April 27, 2020 available under the Company's issuer profile on www.sedar.com. 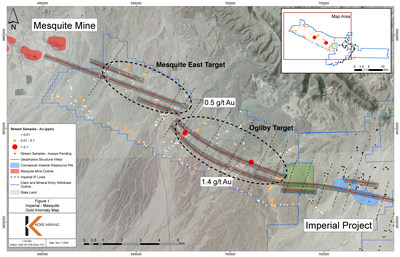 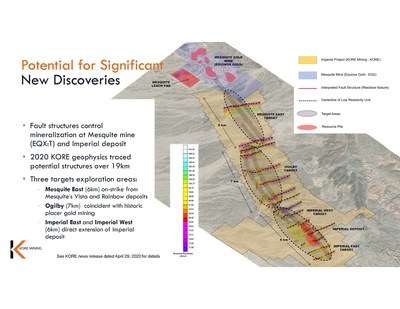 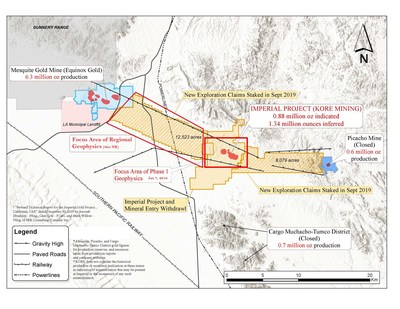