20 Sep 2018, 09:42
@nasdaq Bonterra and Metanor both Receive Securityholder Approval of their Respective Plans of Arrangement $MTO

Use of this site indicates acceptance of the Privacy Policy and Terms of Use.
The information on this Website is not reliable and not intended to provide tax, legal, or investment advice. Nothing contained on the Website shall be considered a recommendation, solicitation, or offer to buy or sell a security to any person in any jurisdiction.
CEO.CA members discuss high-risk penny stocks which can lose their entire value. Only risk what you can afford to lose.
© 2022 - CEO.CA Technologies Ltd.
@newswire/metanor-reports-its-financial-results-for-the-quarter ↻
0 online
Today This week
Search Subscribe
Members of @newswire/metanor-reports-its-financial-results-for-the-quarter

VAL-D'OR, QC, Oct. 20, 2017 /CNW/ - Metanor Resources Inc. ("Metanor") (TSX - V: MTO) is pleased to report on its financial results for the quarter (Q4) and year ended June 30th, 2017.  This press release should be read in conjunction with Metanor's financial statements for the year ended June 30th 2017, and the related Management's Discussion and Analysis (MD&A), which can be found on the Company website www.metanor.ca or on SEDAR www.sedar.com.  All amounts are in Canadian dollars unless otherwise stated. 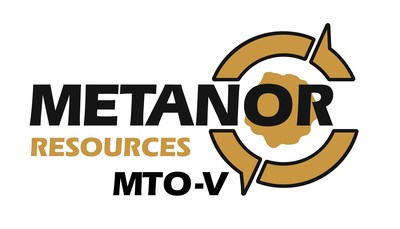 Q4 2017 HIGHLIGHTS FOR THE QUARTER

During the year ended June 30, 2017, the exploration and evaluation expenditures net of credit on duties and tax credits were of $5,590,125 compared to $4,051,739 for the same period in the prior year. This increase of $1,538,386 represents exploration work performed mainly on the Moroy and Barry properties.  Exploration and evaluation expenditures for the three-month period ended June 30, 2017, were $1,748,809.

In the last year, the exploration drilling continued in the Hewfran sector to verify the extension of the Hewfran stopes below level 14 and further west on level 8. An additional drill was mobilized in May 2017 to further explore below level 16 in the Main vein. In the coming months, the underground exploration drilling will be on the Moroy structure south of Bachelor.

During the last quarter of 2017, a compilation of historical geological data on all properties in the Bachelor block, was undertaken. The objective of this exercise is to identify areas for future exploration work.

During the last quarter, 9,955 metres from 22 holes were drilled around the pits. These holes have intersected several gold zones associated with shear zones, located in the Southeast sector of the pits. The average thickness of all intersected shears was 2.5 metres, ranging from a half meter to over 9 metres. Gold grades ranged from 1.5 grams to 14.8 grams of gold. Occasionally, gold grades were greater than 30 grams; then they are associated with visible gold. These holes were published in the press release dated June 8, 2017. The possibility of underground extraction of the new auriferous gold-bearing lenses is excellent. The next phase of work involves infill drilling.

On August 28, 2017: Metanor announced that it had intersected 7.1 g/t Au over 8.2 metres in a shear zone at Barry and the outlining the high-grade gold bearing shear zones. Since June 8, 2017, 21 holes have been drilled and assayed and they have all intersected multiple shears at various depth. The shears are now showing continuity over 600 metres along strike, and 400 metres vertically.  A minimum of 5 parallel shear zones have been identified so far while remaining open along strike and at depth

On September 29, 2017, the Company completed the transactions relating to the amending agreement with Sandstorm Gold Ltd., effectively reducing the existing gold stream on the Bachelor mine (which required the Company to sell 20% of its gold production at the fixed price of US$500) and replacing it with a 3.9% net smelter return royalty (NSR) on all minerals produced from the Bachelor and Barry properties (includes the surrounding exploration properties held by the Company), of which 2.1% of the royalty can be repurchased upon payment of US$2M for each property, thereby reducing the NSR to 1.8%. These new terms will become effective once the Company has delivered to Sandstorm, 12,000 ounces of gold at the fixed price of $US500. As part of the consideration, the Company issued 3,164,156 common shares to Sandstorm, at the deemed price of $0.77 per common share, for an aggregate value of $2,436,400.

On October 10th, 2017, the Company filed a Notice pursuant to NI51-102 (available under the Company's profile at www.sedar.ca) advising of a change to its year-end from June 30th to December 31st.

Pascal Hamelin, P. Eng., President and Chief Operating Officer, is the Qualified Person under NI 43-101, responsible for reviewing and approving the technical information contained in this news release.

This press release includes certain statements that may be deemed "forward-looking statements". The words "may", "would", "could", "will", "intend", "plan", "anticipate", "believe", "estimate", "expect" and similar expressions, as they relate to the Company, are intended to identify such forward-looking statements. Investors are cautioned that forward-looking statements are based on the opinions, assumptions and estimates of management considered reasonable at the date the statements are made, and are inherently subject to a variety of risks and uncertainties and other known and unknown factors that could cause actual events or results to differ materially from those projected in the forward-looking statements. These factors include, among others, the development of the Company's properties, and the further potential of, the Company's properties, the ability of the Company to successfully achieve business objectives, the impact of general business and economic conditions,  fluctuating gold prices, changes in the Company's corporate mineral resources, changes in project development, permitting time lines, permitting and licenses, government regulation of the mining industry, environmental regulation and reclamation obligations, risks relating to litigation, government regulation of mining operations, environmental risks, unanticipated reclamation expenses, title disputes or claims. Should one or more of these risks or uncertainties materialize, or should assumptions underlying the forward-looking statements prove incorrect, actual results may vary materially from those described herein as intended, planned, anticipated, believed, estimated or expected. Although the Company has attempted to identify important risks, uncertainties and factors which could cause actual results to differ materially, there may be others that cause results not be as anticipated, estimated or intended. The Company does not intend, and does not assume any obligation, to update these forward-looking statements except as otherwise required by applicable law.

Neither the TSX Venture Exchange, nor its Regulation Services Provider accepts responsibility for the adequacy or accuracy of this release.