Use of this site indicates acceptance of the Privacy Policy and Terms of Use.
The information on this Website is not reliable and not intended to provide tax, legal, or investment advice. Nothing contained on the Website shall be considered a recommendation, solicitation, or offer to buy or sell a security to any person in any jurisdiction.
CEO.CA members discuss high-risk penny stocks which can lose their entire value. Only risk what you can afford to lose.
© 2016 - Pacific Website Company Inc.
@newswire/mining-underway-at-baloo-open-pit-mine ↻
0 online
Today This week
Search Subscribe
Members of @newswire/mining-underway-at-baloo-open-pit-mine

TORONTO, Aug. 23, 2019 /CNW/ - RNC Minerals (TSX: RNX) ("RNC") is pleased to announce that mining is underway at its Baloo Stage I open pit. The fully funded and permitted Baloo Stage I pit is expected to provide material to supply the HGO plant with approximately 30,000 tonnes per month until year end. Baloo Stage II is currently in the permitting process. The Baloo material that has been processed at the Higginsville Gold Operations (HGO) mill has had grades ranging between 1.8 to 2.8 g/t Au, an excellent grade for a shallow open pit mine. The Baloo Stage I open pit is the first of a series of open pits RNC is looking to put into production to maximize own-sourced feed for the HGO plant which, along with Beta Hunt material, will increase blending options to achieve optimal recoveries. 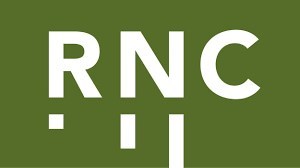 Paul Andre Huet, Chairman and CEO, commented, "The commencement of processing of Baloo material through the HGO mill is a another big step forward in the transformation of RNC into an integrated multi-mine gold operation and supports our belief in the quality of the resource potential of the nearly 400 square kilometre HGO land package that we acquired and the growth trajectory of the combined Western Australia operations. We are looking forward to providing production and cost guidance for the balance of 2019 in the near future".

First material from Baloo Stage I was mined in early August 2019 with first mineralization being uncovered at a depth of only 3 metres. The Stage I Baloo open pit also has excellent potential for expansion beyond the end of 2019. A reinterpretation of historical drill holes has highlighted the potential to extend the Baloo pit further north beyond a large NE-SW fault previously thought to terminate the mineralization. A systematic review of the entire HGO resource inventory with a focus on areas with a short-term potential for mill feed, similar to Baloo, is well underway.

RNC is currently focused on the integration of its Beta Hunt Gold Mine with its recently acquired Higginsville Gold Operation ("HGO") in Western Australia.  A significant high-grade gold discovery - "Father's Day Vein" - was made in September 2018 at Beta Hunt. The significant Beta Hunt gold resource potential is underpinned by multiple gold shears with gold intersections across a 4 km strike length which remain open in multiple directions adjacent to an existing 5 km ramp network. RNC has a 100% interest in HGO, which is comprised of a low cost 1.4 Mtpa gold mill and a substantial portfolio of gold tenements. In addition, RNC owns a 28% interest in a nickel joint venture that owns the Dumont Nickel-Cobalt Project located in the Abitibi region of Quebec which contains the second largest nickel reserve and ninth largest cobalt reserve in the world. RNC also owns a 24% interest in Orford Mining Corporation, a mineral explorer focused on highly prospective and underexplored areas of Northern Quebec. RNC has a strong management team and Board with over 100 years of mining experience. RNC's common shares trade on the TSX under the symbol RNX. RNC shares also trade on the OTCQX market under the symbol RNKLF.

This news release contains "forward-looking information" including without limitation statements relating to the liquidity and capital resources of RNC, production guidance and the potential of the Beta Hunt Mine, Higginsville Gold Operation and Dumont Nickel – Cobalt Project. As noted, RNC anticipates providing guidance in the coming weeks. RNC cautions readers not to annualize July production unless and until supported by such guidance.

The decision to produce at the Beta Hunt Mine was not based on a feasibility study of mineral reserves, demonstrating economic and technical viability, and, as a result, there may be an increased uncertainty of achieving any particular level of recovery of minerals or the cost of such recovery, which include increased risks associated with developing a commercially mineable deposit. Historically, such projects have a much higher risk of economic and technical failure. There is no guarantee that anticipated production costs will be achieved. Failure to achieve the anticipated production costs would have a material adverse impact on RNC's cash flow and future profitability. Readers are cautioned that there is increased uncertainty and higher risk of economic and technical failure associated with such production decisions An updated mineral resource estimate is summarized in the "Technical Report on The Beta Hunt Mine, Kambalda, Western Australia" dated August 12, 2019. It is further cautioned that mineral resources are not mineral reserves and do not have demonstrated economic viability.

A production decision at the Higginsville gold operations was made by previous operators of the mine, prior to the completion of the acquisition of the Higginsville gold operations by RNC and RNC made a decision to continue production subsequent to the acquisition. This decision by RNC to continue production and, to the knowledge of RNC, the prior production decision were not based on a feasibility study of mineral reserves, demonstrating economic and technical viability, and, as a result, there may be an increased uncertainty of achieving any particular level of recovery of minerals or the cost of such recovery, which include increased risks associated with developing a commercially mineable deposit. Historically, such projects have a much higher risk of economic and technical failure. There is no guarantee that anticipated production costs will be achieved. Failure to achieve the anticipated production costs would have a material adverse impact on RNC's cash flow and future profitability. Readers are cautioned that there is increased uncertainty and higher risk of economic and technical failure associated with such production decisions..