Use of this site indicates acceptance of the Privacy Policy and Terms of Use.
The information on this Website is not reliable and not intended to provide tax, legal, or investment advice. Nothing contained on the Website shall be considered a recommendation, solicitation, or offer to buy or sell a security to any person in any jurisdiction.
CEO.CA members discuss high-risk penny stocks which can lose their entire value. Only risk what you can afford to lose.
© 2016 - Pacific Website Company Inc.
@newswire/q-india-to-launch-on-shemaroome ↻
0 online
Today This week
Search Subscribe
Members of @newswire/q-india-to-launch-on-shemaroome

TORONTO and MUMBAI, Sept. 14, 2020 /CNW/ - QYOU Media (TSXV: QYOU) (OTCQB: QYOUF) has announced that The Q India has reached a distribution agreement with Shemaroo Entertainment to distribute both The Q India channel and VOD content on their fast growing ShemarooMe streaming platform.  The content will be offered on an ad supported basis.   ShemarooMe is now available in 150 countries across a myriad of devices and platforms. 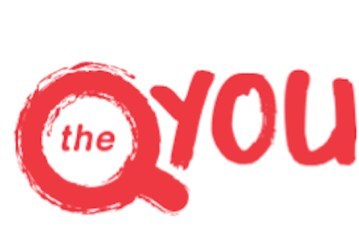 Shemaroo Entertainment was founded in 1962 and became listed on the National and Bombay stock exchange in October 2014.  The company boasts a content library of over 3,700 titles and has expanded recently into traditional television with its flagship Hindi General Entertainment Channel ShemarooTV and other channels and via digital distribution with the freemium platform ShemarooMe.

Curt Marvis, CEO of The Q India commented, "We are committed to getting distribution across all key platforms and ShemarooMe will serve as another important component in the future growth of our company.  We are thrilled to be adding The Q India to ShemarooMe with our appeal to the Young India audience that is increasingly moving to new digital platforms for their entertainment.  We look forward to expanding the viewership and revenue for both of our companies as we grow together".

Krishna Menon, Chief Revenue Officer of The Q India added, "Shemaroo Entertainment is one of the blue chip companies in the media and entertainment business in India.  We are extremely proud to now count them as one of our partners in the industry and we know they share our commitment to bring the best content in India to the market's fast growing user base of digital consumers.  My colleagues and I at The Q are excited to build another premium partnership that can grow our revenue and brand identity among young Indians across the country".

QYOU Media operates in India and the United States producing and distributing content created by social media stars and digital content creators. In India, we curate, produce and distribute premium content including television networks and VOD for cable and satellite television, OTT and mobile platforms. In the United States, we manage influencer marketing campaigns for major film studios and brands. Founded and created by industry veterans from Lionsgate, MTV, Disney and Sony, QYOU Media's millennial and Gen Z-focused content reaches more than 550 million consumers around the world.  Experience our work at www.qyoumedia.com and www.theqindia.com

Founded in 1962 as a book circulating library, today Shemaroo Entertainment Limited (SHEMAROO.BO) is a leading Indian content power house with a global reach, headquartered in Mumbai and employing over 750 people. With a diverse, growing collection of over 3,700 titles offered to customers in more than 30 countries, Shemaroo continues its expansion into digital content distribution across multiple platforms. As of March 2018, its fifty YouTube channels get 25 million views per day and 750 million views per month.